Growing up in a music-loving family, eighteen year old Will was exposed to all sorts of music from an early age. Though he took a liking to most of them, he fell in love with country music. With his love of country music and his dad's musical past, it was only a matter of time before he started his own musical journey. That journey began early on after he was gifted his first guitar by his granddad. He spent years playing guitar, singing, and writing songs. Fast forward a few years and a lot changes for him.

At this point in his life, he’s changed schools and joined his school's chapel band playing guitar and posting videos on social media. Because of that, his friends and teachers quickly realized his natural musical ability. They began pushing him to sing in chapel and after months of begging and a pinky promise with his friend McKenna, Will finally gave in and did it. Thanks to that, his confidence grew and as a result, his talent developed more and more. Now, Will only had one thing on his mind — record an album.

After saving up for months he was finally able to get in and record his 2020 debut record Fly, Fly, Fly. Sitting down with his dad and picking out songs, the two decided on four tracks. Using Will’s all-time favorite artists Dwight Yoakam and Randy Travis as influence, he and his dad co-produced an album with a vibe that's straight out of the 90s country world. 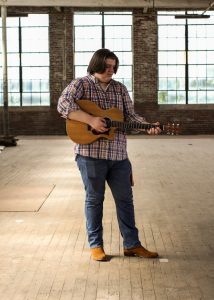