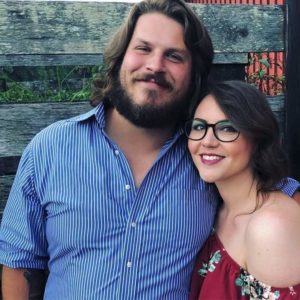 A husband a wife duo based out of South Carolina, The Old Earthquake is Steven and Mary Lyle Cathcart. Steven Cathcart has been a part of many projects (I Am Carpenter, Weathers, Carlos y los Camellos) which he has used to come to a sound of his own. After building a studio in a spare bedroom of his house in 2015, he began writing and recording demos to which would eventually become songs for a new project. Mary was also writing songs and the two decided to put their voices together. Steven has always pulled inspiration from the artists of his upbringing such as Sunny Day Real Estate and early Pedro The Lion. His transfer into his version of Americana came easily with the help of Mary, as her harmonies and melody ideas complete the sound.