Self-labeling as “Not-Your-Father’s Indie Rock Band," Spartanburg outfit Salti Ray blends a myriad of musical styles — including folk, blues, and pop in their traditional rock-influenced roots. Originally founded in Charleston by members and lifelong friends Mary Norris and Noelle Taylor, they began writing music together as 12 year-olds. It wasn’t until about a decade later in 2018 that they formed Salti Ray with current drummer Houston Garrett. The band released their first single, "Ocean City," during the summer of 2019 and then followed with their second single, "N.C. Sunshine", in the fall of the same year. Bassist Jacob Lightsey then joined the band in 2020, completing their current lineup. 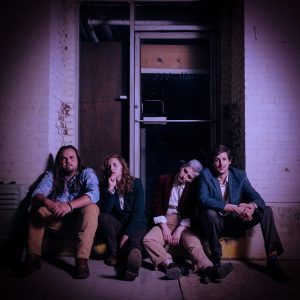