Simpsonville native Joshua David (also known as Phoenjx) is an 18 year old aspiring artist who often expresses his pain through music. He began taking his art seriously in March of 2019. Although starting his career on SoundCloud, Phoenjx quickly realized he wanted to do more — and in July of 2019 he dropped his first single, "Bi-Polar", shortly followed by his second single, "Different Breed".

After the releases, Phoenjx received extreme amounts of backlash directed at his “inability to write" and "faulty quality". The onslaught of hatred forced him into a hiatus until re-emerging at the beginning of 2020.

With that in mind, he vowed to regain his musical passion and rise up from "Rags To Riches" as his January 2020 song suggests. Phoenjx has made his voice heard loud and clear, and is here to stay — as evidenced by his debut album Blurry Visions. In October, Phoenjx shared a new single + video for "Confessions" — appearing on his latest project Chronicles of the Wick-Ed, which dropped on Christmas. The video was written and directed by Alejandro Holliday of Holliday Films. 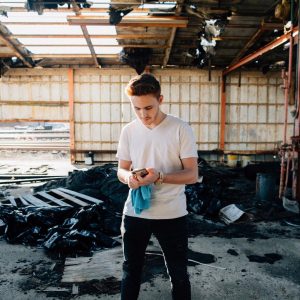