As far back as she can remember, Colombian American singer-songwriter Kelly Jo Ramirez listened to Latin heroes like Joe Arroyo and Celia Cruz alongside pop greats like Prince and Paul Simon. This constant flow of cross-culture set the stage for Phat Lip long before it would ever see light.

Kelly Jo, a self-taught guitarist from the age of 12, spent much of her youth writing songs; it came as no surprise when she decided to pursue a musical career following high school. Her fan base in Greenville grew quickly after releasing her debut album and founding funk-rock band, the Kelly Jo Connect. After a five-year run, the KJC slowly fell quiet, leaving Kelly in search of a new creative outlet. She began using GarageBand to build demos and what seemed like a pastime, quickly developed into the beginnings of Phat Lip. 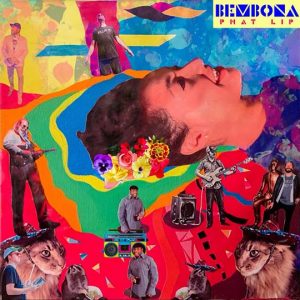