Matt Morgan is a musician, composer, and producer from Greenville, SC — with experience as a live sound engineer for renowed artists including Hootie and the Blowfish and Steve Morris. He began touring the country as a vocalist and guitar player with a variety of bands such as award-winning Seconds Flat and The Lackies. Matt had the pleasure of sharing the stage with artists Christian Bush (Sugarland), Yonrico Scott (Grammy Winner), The Old 97’s, Shawn Mullins, Sara Evans, and The Marshall Tucker Band.

After touring the States, Matt moved to New York and worked on sound design for theater productions while continuing to perform live. He then returned home and opened his own commercial recording studio. Since then he has been producing bands and musicians while performing guitar, bass, mandolin, banjo, piano, dobro, drums, and vocals for his clients in multiple genres. 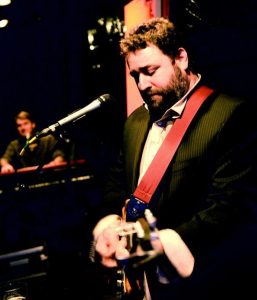