As a child, Charleston native Mary Norris would insist on watching the credits during movie nights at home. Her father realized it wasn't watching the credits that fascinated her — it was the music. After watching School of Rock at age 10, Norris asked her mom for a guitar, and she wrote her first song at age 11. She eventually studied music in college, which relocated her to Spartanburg. After finishing her degree in 2019, she decided to stay in Spartanburg to continue writing and performing with Salti Ray — a band formed with her lifelong childhood friend, Noelle Taylor.

Norris's first single, "Caroline's Cove," was recorded in a small studio in Taylors by Kaleb Alexander. The Greenville Journal describes it as "blending a bit of country-tinged pedal steel with gorgeous string arrangements." They also describes Norris as having a "powerful voice," and Extra Chill describes "Caroline's Cove" as highlighting her "power as a vocalist" as well. 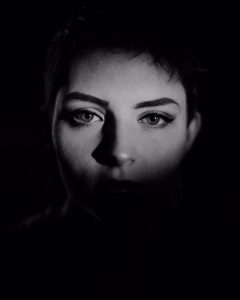