Greenville native and multi-instrumentalist Aiden Harlow started his career in 2017 with the formation of the now defunct dark ambient collective "Nomad" — releasing a collection of tracks under the name. He proceeded with more electronic based music under the name "Joseph Demonte", in which he would touch up and re-release them under his "Echelon Anthracite" moniker. Both projects released two extended plays, an album, as well as a compilation and collaborate with former Nomad member Anthony Lopez in between releases with the project Hqrlct.

In 2020, Harlow renamed to Leuchtend (meaning lambent in German) in preparation for his first full length release titled Golden Hours, a nod to Eno's song of the same name. Golden Hours would contain over an hour and 10 minutes of music dating back to his original Demonte days all the way to present time, including the nineteen minute epic "Transit" — finally seeing his original concepts imagined as they were meant to be. Six months after the release of Golden Hours, Leuchtend would release a remixed version of the songs from the album but with a softer twist. 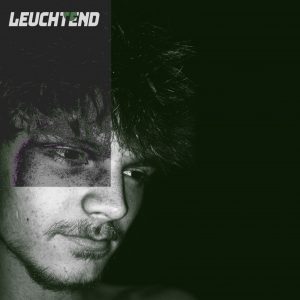