Kings Ransome started years ago as "Vannare", when Porter Dowdy realized his dream of holding a guitar every day for the rest of his life. He teamed up with longtime friend, shampoo model candidate, and bassist Davis Huggins to do this band thing. Funk/fusion drummer Matt Malphrus joined the gang with a charming smile and a chip on his shoulder. Not long after — enter guitarist Leo Santana. With hair that contains more rock'n'roll than most people have in their whole body, Leo upped the band's sound and image. The guys created a kickin' EP, but the singer quit during recording. Luckily Porter knew a guy. Trey Duncan had quit his job and was trying to pay the bills as a solo artist. Porter called him the day he told his girlfriend he needed a band to boss around, and the rest, as they say, is history.

The guys chose the name Kings Ransome and started planning their rock'n'roll takeover. Kings Ransome is for the girl who sits in class with her earbuds, for the dad who could never see a concert when he was a kid, for the guy who lives for live music at his favorite bar, and for the rockstar reminiscing about his early days of sleeping in his truck. 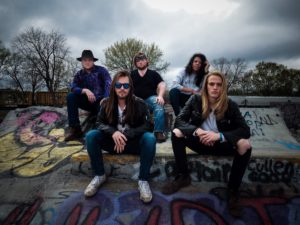