“There’s no amount of money worth the time it cost to make it.” This is the idea that led Jonathan Stephens to walk away from his salary paid, 65 hour work week in exchange for some guitars, a couple of harmonicas and a suitcase kick drum. In January of 2018, he dove head first into the DIY hustle of an independent musician and has since been baptized in the blood, sweat and tears that come along with it — all the while cultivating his own unique sound. With a voice soaked in passion and sincerity, and songs that are anthems for those who toe the line between determination and desperation, Stephens has settled into a sound that he describes as “Carolina Folkrock.” Two years, 1000’s of miles and a few hundred dive bars later, J released his debut full band album titled Stubborn Hearted Handbook in October of 2020. With the southern grit of American Aquarium, the soulful timber of Hozier and a touch of One Republic's anthemic pop rock, the record covers the highs and lows of being an DIY musician and is sure to inspire and encourage those that are unwilling to settle for anything less than their dreams. 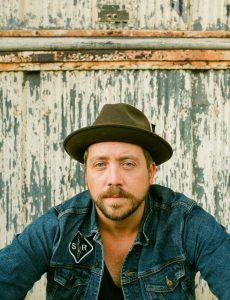