Doug McDonald is a singer/songwriter from the Upstate whose music can be described as an eclectic blend of raw, soulful vocals crafted around memorable melodies.

After touring around the Southeast as both a solo artist and part of a band throughout high school and college, McDonald developed his performing chops at a young age — sharing the stage with artists like Devon Allman’s Honeytribe, Florez, Zac Brown Band, NEEDTOBREATHE, Everlasting Earle, Ward Williams of Jump, Little Children, and more. 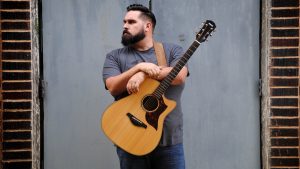