Brother Oliver is a Greenville-based psychedelic folk rock outfit formed by two brothers, Andrew & Stephen Oliver. Their explorative approach to music strikes a chord with any audience and has gained recognition in the Southeast and abroad — landing them on bills alongside the Steve Miller Band, Father John Misty, of Montreal, SUSTO, Big Head Todd and the Monsters, and more.

The project was started in 2011 in the small town of Greenville, Michigan — where the brothers were born and raised. Just two years later, they moved to Greenville, South Carolina as a result of 20-year-old angst and longings for change. Upon arrival, Andrew opened a small recording studio where they would write and record their first album, Stubborn Fool.

A few years later, Brother Oliver released their self-titled full-length album, Brother Oliver — which was regarded as highly innovative and caught the attention of Huffington Post, PBS, PopMatters, AXS, and more. Their 2019 album Well, Hell is the keystone of their catalog and has put them at the cutting edge of the folk-rock world, garnering heavy attention yet again. The album’s release day was officially proclaimed as “Brother Oliver Day” by the mayor of Greenville, South Carolina and the band was named “2019 Artist of the Year” by the Upstate Music Awards.

In 2020, they followed that up with their new Command Shift EP. 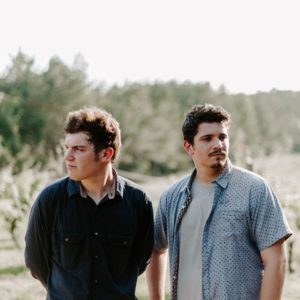